Thoughts on remembrance and teaching

Sam Braun never ceased writing and talking about what he had experienced, especially in the latter part of his life. He talked about the personal philosophy he developed following his experiences, a philosophy that informs his own life and also serves to provoke his audience and his readers to profoundly reflect on many important questions, which can then inform their own lives. Firstly, and above all, is the question of remembrance and ensuring the story is never forgotten. Of equal importance is forgiveness, happiness, friendship and so many other dimensions of life and of our history.
Let us read, and reread, Sam Braun.. 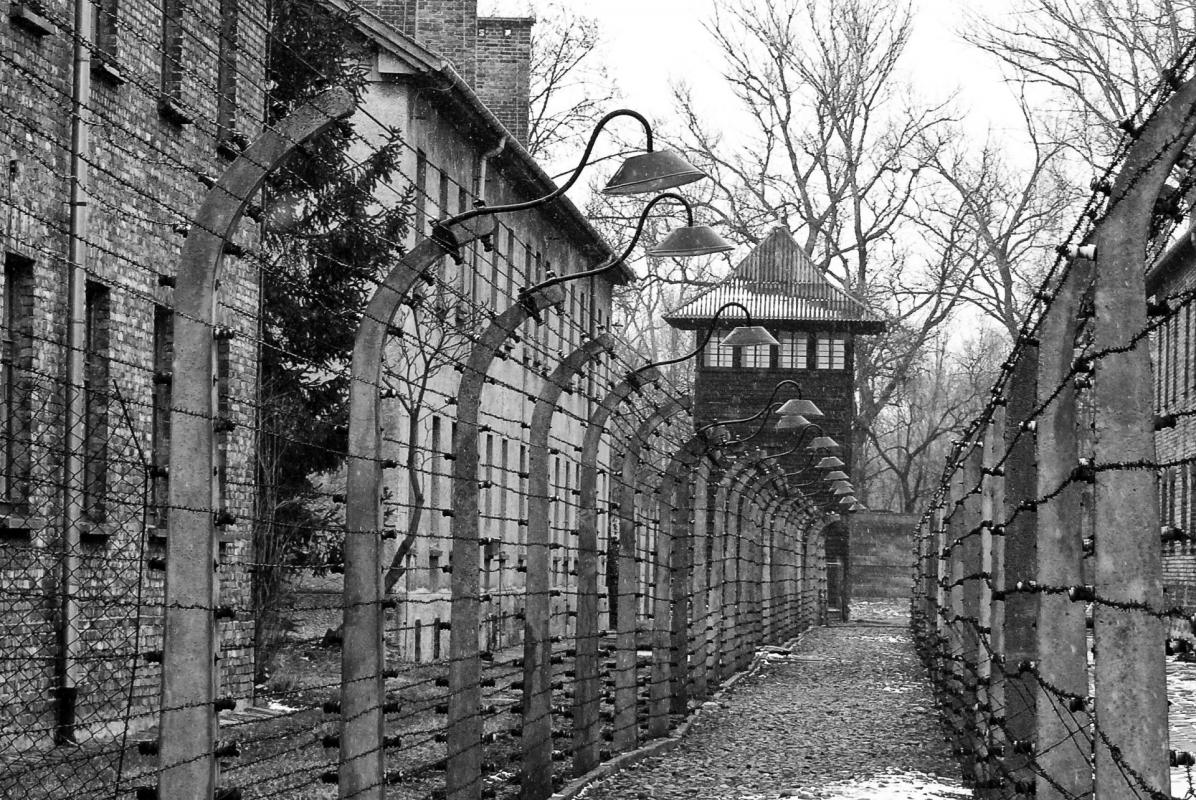 The philosophical legacy of former inmates of Auschwitz

Sixty five years ago the gates of hell were finally open for our release. That hellish ordeal where so many of our fellow men, women and children died in the most appalling suffering. Who died without a tombstone. Who died with no one to survive them to mourn their loss.

Sixty five years! It is a long sixty five years, you know, but at the same time it is such a short time as the memory of all that happened to us there in Auschwitz will never leave us! Everything that has now been written in books and belongs in the past is our present, every day. If, on the surface, we have become normal human beings again, we are only that for others, as our hearts never stop bleeding. Our wounds may have healed a little, but the scars that remain are still so obvious to us and they continue to cause us pain. We still bleed and sometimes we weep great tears of blood.

It is a long time, you know, sixty five years, but it is such a short time when we live there still, in Upper Silesia where it was so cold.

A few months ago, students from several schools came with their teachers to visit what had been the Drancy camp. Jews who had been arrested were held there before being transferred to Auschwitz. I welcomed the students and teachers by saying: "Children, we have brought you here to see the Drancy camp… and yet there is nothing to see".

There is in actuality nothing to see. And so many people are unaware that tens of thousands of people, women, children and old people, spent their last hours here. For these people this ‘holding camp’ was in fact the waiting room for their murder by gassing, for them to then disappear forever in the ovens of the crematorium.

We are not living beings like others, we are survivors”, 24 January 2010

It was found a short time later, having been cut into three pieces. When we heard about the theft of the sign above the entrance to Auschwitz, images of the camp came flooding back once again. There were so many of us, faced with the desecration of this symbol which has become sacred, as it has become a guardian at the entrance to a huge cemetery. A cemetery without tombstones, without graves, without shrouds. So many of us felt this was a kind of violation.

Forgiveness, a huge question which has been explored by so many great thinkers that you must excuse me if I approach the subject cautiously.

Forgiveness, this strange notion, is it possible? Are human beings capable of attaining it? Or is it only a fantasy, a kind of dreamlike feeling that one always strives, always hopes to achieve, but which is forever unattainable?

Thirty years, I needed to wait thirty years before I was able to come back here. For thirty years I tried to suppress Drancy. I refused to come to this place, I didn’t want it to be real. This place where people of all backgrounds, religious and non-believers, were crammed in together like sub-humans, just because of their culture. They were there because they had committed a crime, all those people gathered there, they had simply committed the crime of living.

It was the middle of winter, it was freezing cold. The thermometer had perhaps only got to fifteen degrees below zero, and a glacial wind blew without ceasing. I was frozen solid in my thin, striped clothing. My feet were bare in my wooden clogs as I had no rags to wrap them up in.

As I was thinking about my talk this morning, about some of the things I would raise to discuss with you, as my talk was taking shape I wanted to talk about what I remember of the many times I have talked in school settings. There I try, sometimes successfully, sometimes not, to give the students a love of life and the art of living together. I came to the conclusion that the memory of what we endured in the camps, the part of those memories that we must pass on as survivors, should not be limited to describing our lives at that time, but we should commit ourselves to a project towards the future.

We should leave it to the historians to take care of writing history because survivors are too involved in the events they have endured. They do not have the necessary objectivity to take the place of professional historians.