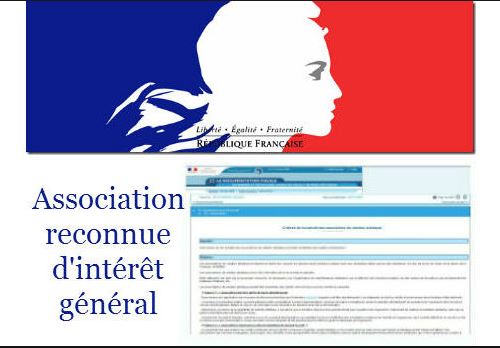 The association “Les Enfants des Sam” (The Children of Sam) has sought recognition as an association of ‘general interest’ from the General Directorate of Public Finances. Meaning the association can provide tax receipts for people who make donations and/or who join and subscribe to the association, under the conditions laid out in the Code général des impôts (CGI) (The General Tax Code) 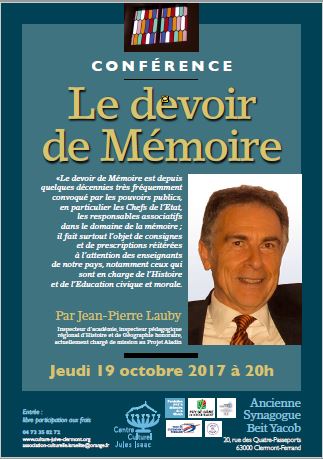 Conference: ‘The duty to remember’

Conference run by Jean-Pierre Lauby, the president of the Enfants de Sam (Children of Sam) association. Held at the Jules Isaac Cultural Centre, in Clermont-Ferrand, 19 October 2017.

Over a few decades, ‘The duty to remember’ has become the standard term, an appeal to citizens to preserve and pass on the stories of those who lost their lives in the armed conflicts of the 20th century. Those who were victims of genocide perpetrated in Europe by Nazi criminals. The duty to remember is also promoted so that crimes against humanity, and all attacks on human dignity which have scarred our communities, are never forgotten.

Promotion of ‘The Children of Sam’ Association

In a few words and a few images this short video tells us about the mission of the association. ‘The Children of Sam’ association was inspired by Sam Braun’s educational work with students in dozens of institutions for more than twenty years.