Jean-Pierre Lauby, President of the Children of Sam Association 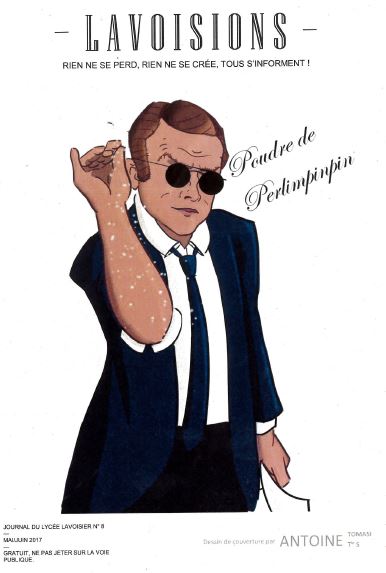 We are all Children of Sam

Germaine Tillon said: “We are not prepared for the future without shining a light on the past”. At Lavoisier Senior High School, just a few meters from the Panthéon, where these words still resonate, on the 14th of March last, the website ‘Les Enfants de Sam’ (The Children of Sam) was launched, in the name of Sam Braun. Sam was an Auschwitz survivor and a great humanist who died seeking that we remember, that we value humanity, and that we believe in forgiveness.

Nobody would have believed me so I kept quiet*

It is a small book, 150 pages. Published by Éditions Magnard. On the cover is a photograph of the cast-iron gate of Auschwitz with the inscription “Arbeit Macht Frei”, Work will make you free. There is also a dove, chasing the clouds and flying in the blue sky. It is a small book. A book that says so much. Sam Braun was 16 years old when he was arrested, along with his parents and his little sister, by the French Milice** in Clermont Ferrand. They were Jews. After being held at Drancy, they were deported to Auschwitz. In the 1990s it had been 40 years since Sam Braun returned alone from the camps. And for 40 years he had kept quiet. Finally he undertook a ‘work of remembrance’ and went out to speak to thousands of school students.

*Title as it is published in French by Editions Magnard,  Personne ne m’aurait cru, alors je me suis tu

** The Milice was the Vichy regime’s paramilitary organisation formed to fight the Resistance and to arrest, murder and deport Jews to concentration camps. They were regarded as worse than the Gestapo as they were French and thus spoke French and had local knowledge of cities, towns, villages etc.

In 2008, the Humanities Teacher, Stéphane Guinoiseau, recorded Sam’s story. If his story is personal, his message is universal. At 5.40 pm, the classroom filled with faces and names I didn’t know. Shana. Sarah. Sacha. The family and friends of Sam Braun were there, together with teachers and students. Many people already knew each other like they were at a family dinner. They took each other’s hands, asking for news. Maybe they were waiting for the head of the family. The head of the family is “Sam” as they call him. But Sam wasn’t coming. We were all there to remember Sam. Madame Courtois, the principal of the school said she was honoured, this Tuesday 14 March, to launch the website “Les Enfants de Sam”. Everyone was moved. Jean-Pierre Lauby, former teaching inspector and current president of the ‘Children of Sam’ association, spoke of the Lavoisier High School as being a “the obvious place” to launch the website. Sam had given his last talk here just a few weeks before his death. His daughter, Malka, who continues to convey Sam’s message, had also come back here. The actor, Alexandre Brasseur, walked on to the podium and read the ‘Testament philosophique des anciens déportés d’Auschwitz’ (The Philosophical Testament of the Auschwitz Survivors). This text was written by Sam Braun in January 2010 for the Union des Déportés d’Auschwitz et des camps de Haute Silésie (Association for the Survivors of Auschwitz and the camps of Upper Silesia). What he said was beautiful. Powerful. Sam Braun was addressing young people. “…Inheriting such a past you need to explain it to those who will come after you so that our little planet, on which we could all have such a beautiful life, can one day become the Earth for Mankind...” Can we reach such heights?

Following a demonstration of the website it was Marek Halter’s turn to say a few words. Even though he may be a controversial figure, and his story may have been challenged, that night his words were fitting. He reminded us of the importance of respect for our neighbours, “…we must be our brothers’ protectors…” and also the fragility of memory. More unexpectedly he also stated that being cultivated cannot protect us against barbarity. “…It was the most cultured people of France who did what they did…”

The site is built around three main pillars, the national education system and the school communities of Danton Junior High School and the Lavoisier Senior High School. La fondation pour la Mémoire de la Shoah (the Foundation for the Holocaust Remembrance) and the Braun family. One section of the site is devoted to the life of Sam Braun. His friends and family talk about him on video. What they tell us is mainly from a personal perspective, and makes sense of the legacy of Sam Braun. What emerges most often is his “kindness”, “his faith in all peoples”. And also forgiveness. Jean-Claude Jacquet says, “five days before he died, he gave a talk to some friends, a seminar on Forgiveness. It was remarkable. I don’t think I have ever heard anyone speak about forgiveness like that… he took what Derrida said “we must learn to forgive the unforgivable… but we must not confuse forgiveness with forgetting. That seminar was unforgettable.” His son, David, explained that he himself has never been able to forgive.

One of the other objectives of the website is to publish what some of the students response after listening to Sam’s story. The letters the students wrote to him are another source for reflexion. These letters have been included on the site without any corrections. It all revolves around passing on the story of what happened, how and why. It is not just about the Holocaust and Sam Braun’s account, but it is also the place and merit one gives to the stories of survivors in general. The aim of the site is also to counter “all forms of discrimination which go against the values of the Republic and against the values of humanism.” Therefore, teachers can use the site as a tool. This work is only a beginning and the site calls for it to be added to. Memory must be dynamic.

If memory must be dynamic, it is that it is not obvious. Who is it that remembers? Who wants to remember? What do we want to remember? I asked some friends what the ‘duty to remember’ meant to them, and if we should read the accounts of survivors. Neil says, “In participating in the Concours de la Résistance*** I read several accounts of Holocaust survivors. What I got from Sam Braun’s account was not sadness, but strength”. For Liv, the stories allow her to gain some perspective “the numbers no longer mean anything to us. 6 million. There was a life behind all that number.” Ikram thinks the talks were “distressing”. “It must come from us. The teachers can encourage us, but this duty to remember, we have to do it ourselves. Each in their own way”. For Mindy and Emma the ‘duty to remember’ is crucial.” “It is so important that we do not forget. But the same goes for the Armenian genocide and in Rwanda. We never talk about that at school. Never.” For me, it’s If this is a Man, by Primo Levi that really affected me.” says Martin. “I experienced that like an inner vision for sure, but also a very human moment in the more factual learning about the Second World War. For most of us, it was at school that we first heard that word. Genocide. It is at school that we first saw those yellow stars. The first trains. The first camps. It is certainly through education that the ‘duty to remember’ can be maintained. Because it is through education that it is born. To teach and to never have it start again. But for how much longer? Who knows if the memories will endure? With time, will the yellow of the star fade? Will the gas chambers just be a minor detail of History? Will France no longer be responsible for the Vel’D’Hiv round up? The Children of Sam knows. We know. So we must keep it going. We must pass it on. We have already observed a minute’s silence for the victims of the Holocaust. But after the silence, we must shout out loud, we must lecture, we must write, we must vote…

“Although you might doubt which path to take, although you might take a dangerous path that might worry us, although you may be passive in the face of calls for violence and hatred, this message is for you our precious youth, the messengers of hope and the creators of tomorrow. Our hope and our dreams for tomorrow belong to you.” Sam Braun

*** Concours de la Résistance is a schools competition to encourage research by school students into the Holocaust the Resistance during the Second World War. The competition was started by the French Minister of Education in 1961 and continues to be held annually. Each year a theme is set and students submit written, audio or video responses to a set theme around the topic of resistance, deportation and the Holocaust. A range of winners and honourable mentions in several categories are announced each year.

The philosophical legacy of the survivors of Auschwitz: a lecture by Alexandre Brasseur

Marek Halter talks about remembrance and how to pass it on

Some photos from after the inauguration of the website. 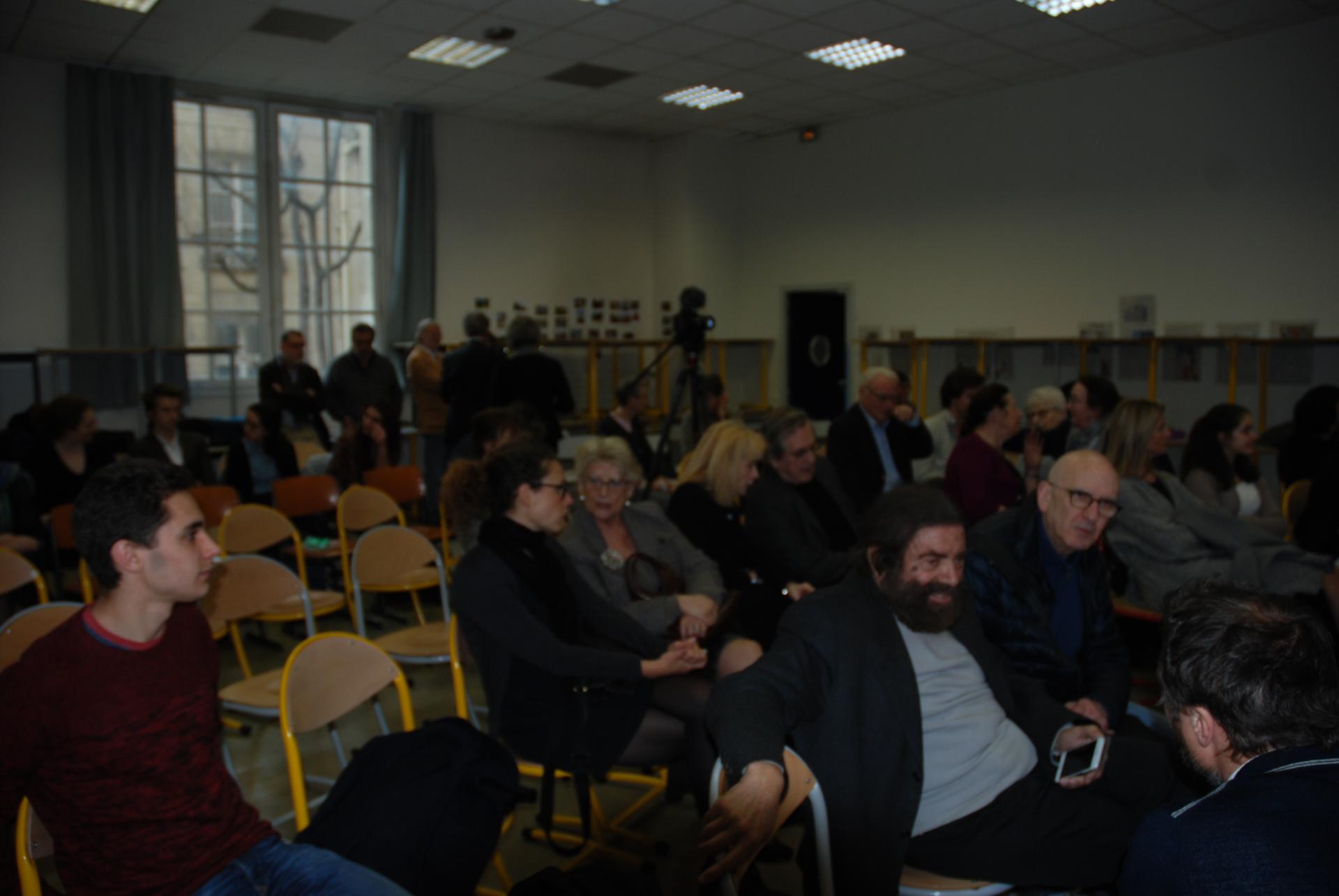 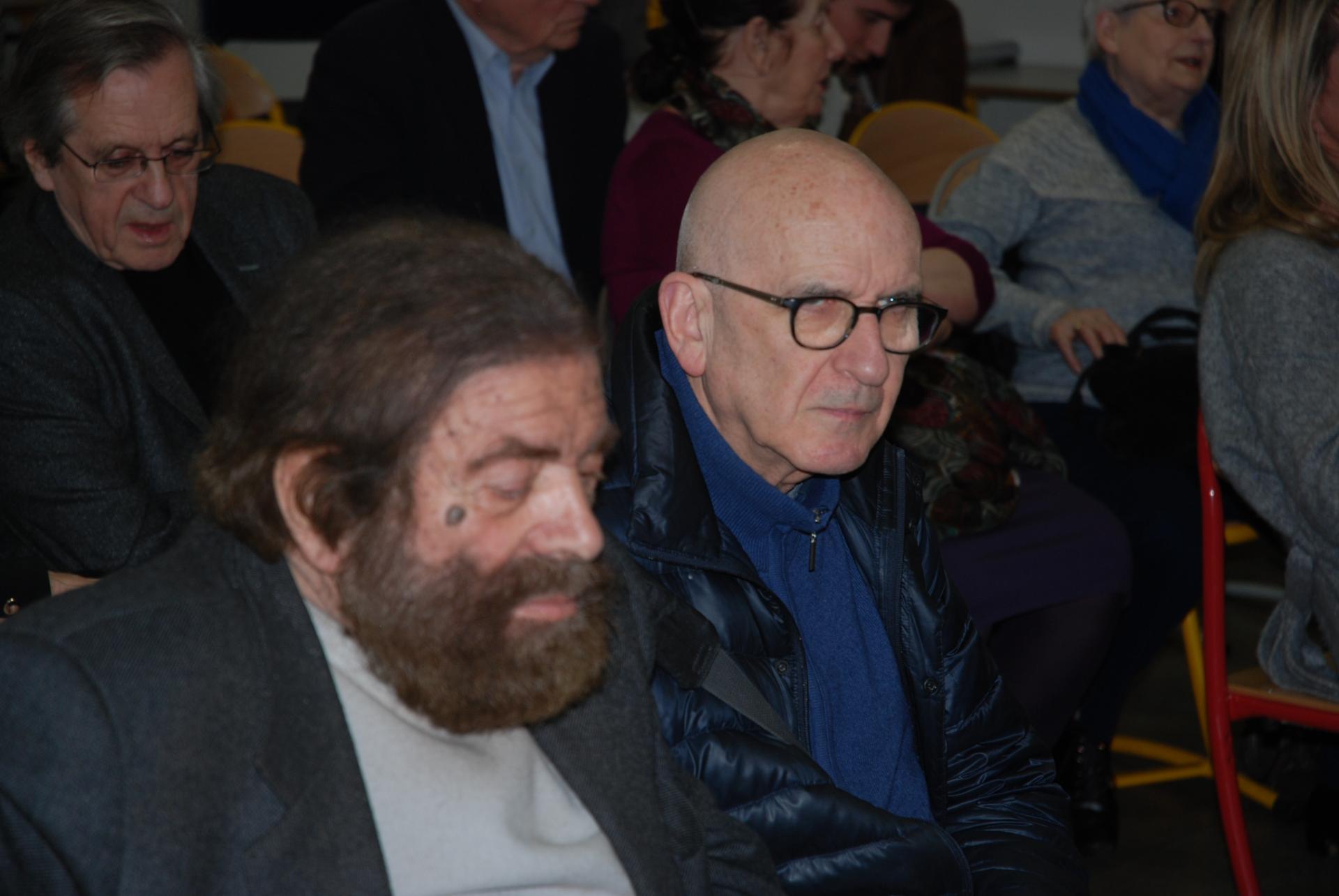 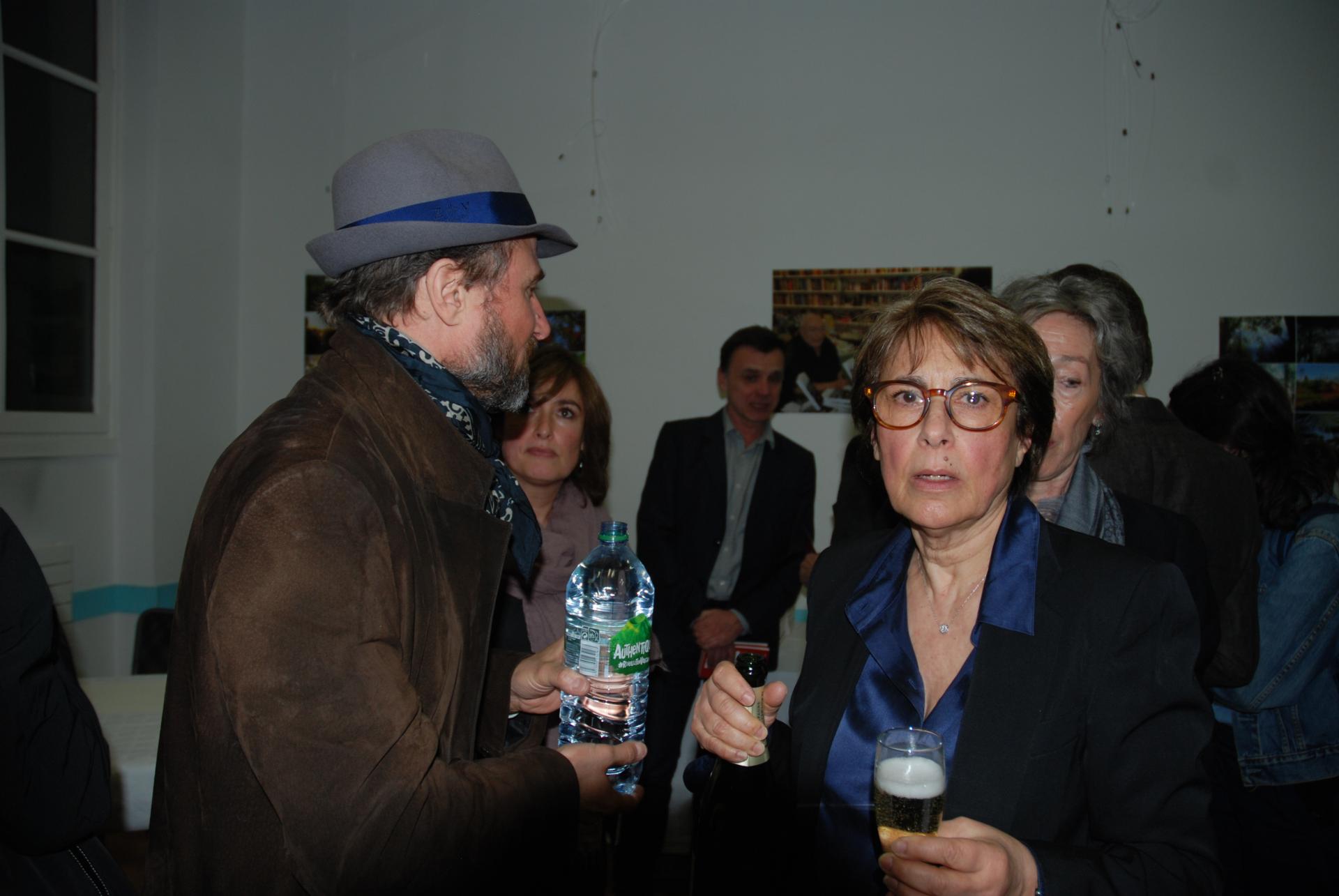 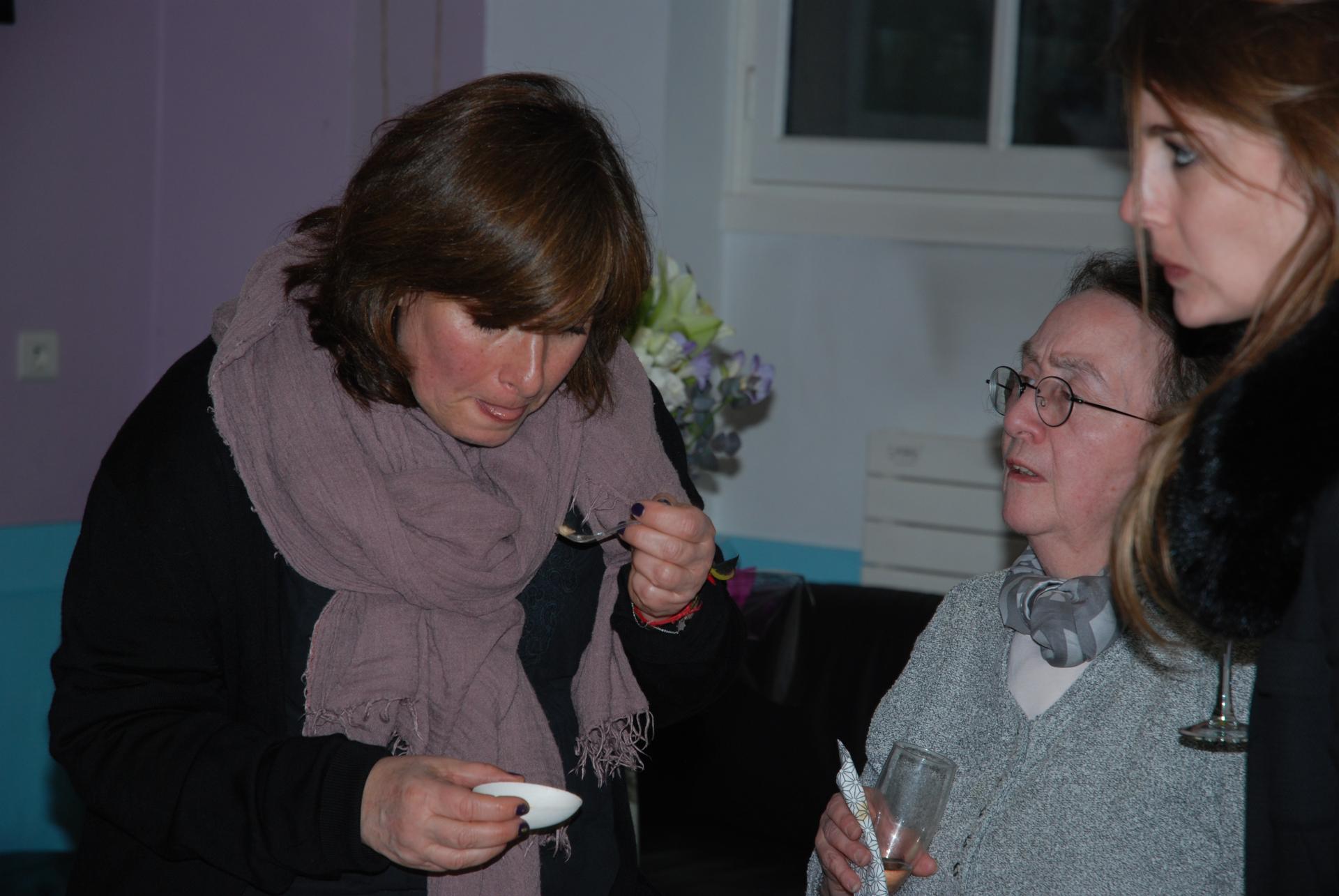 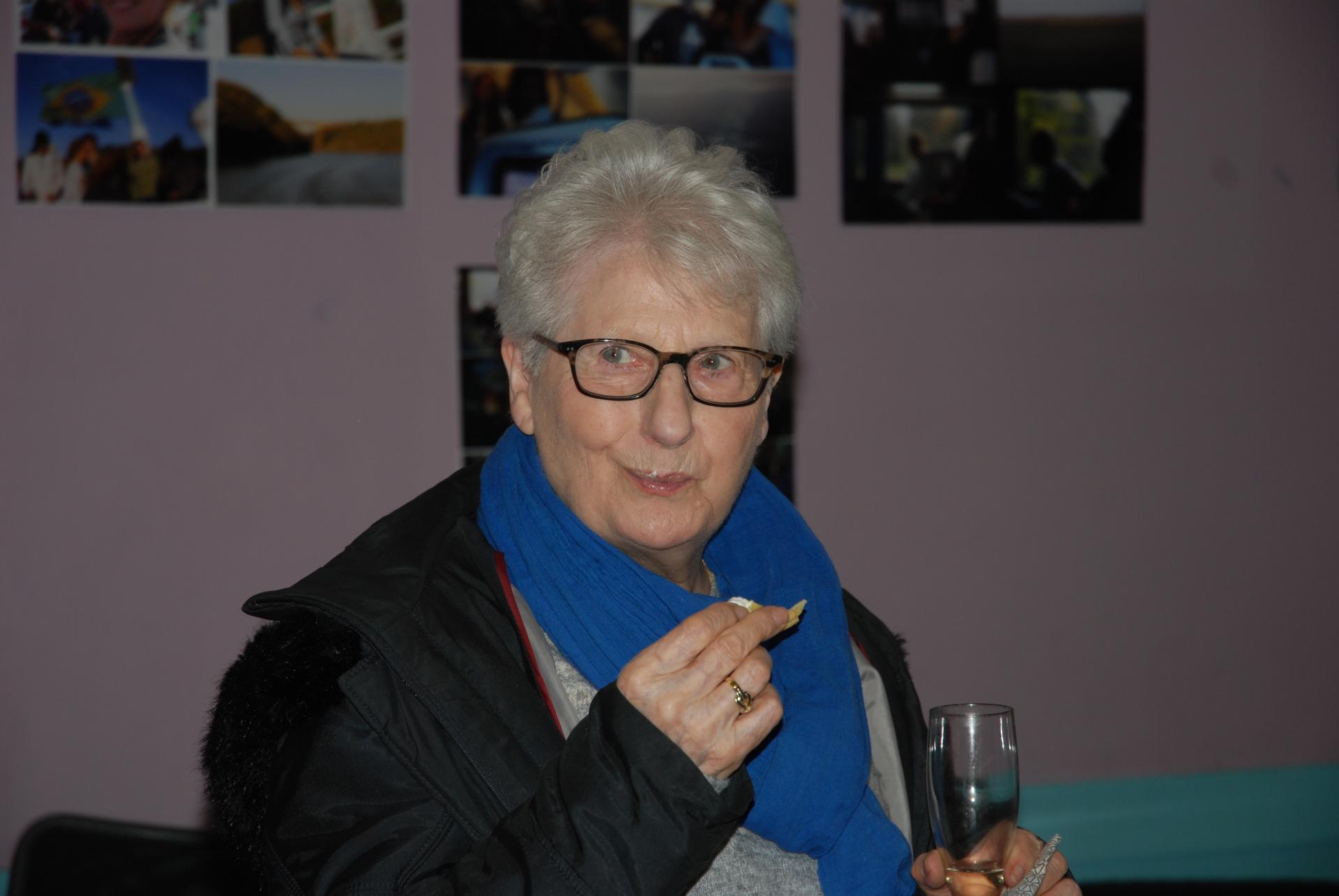 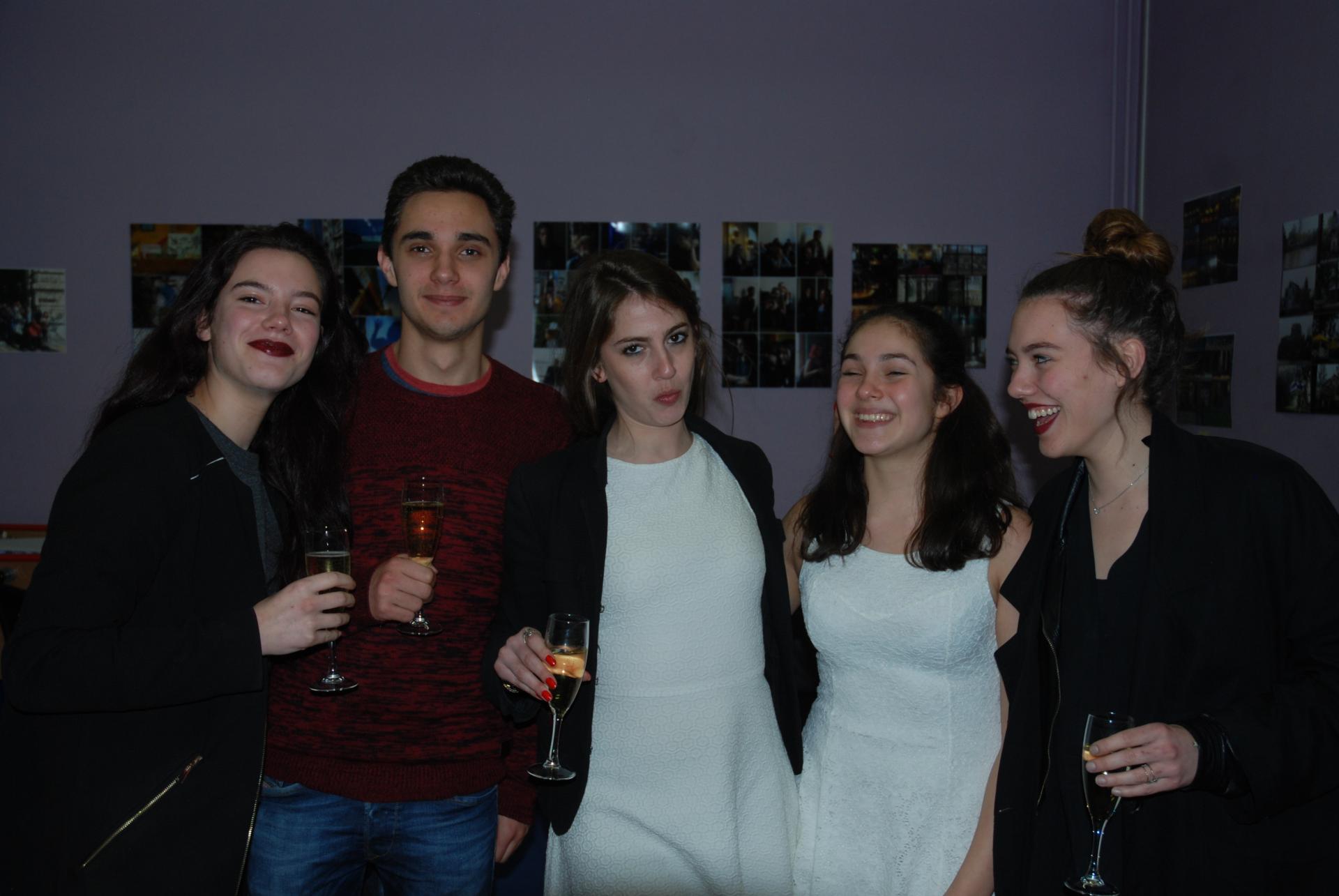 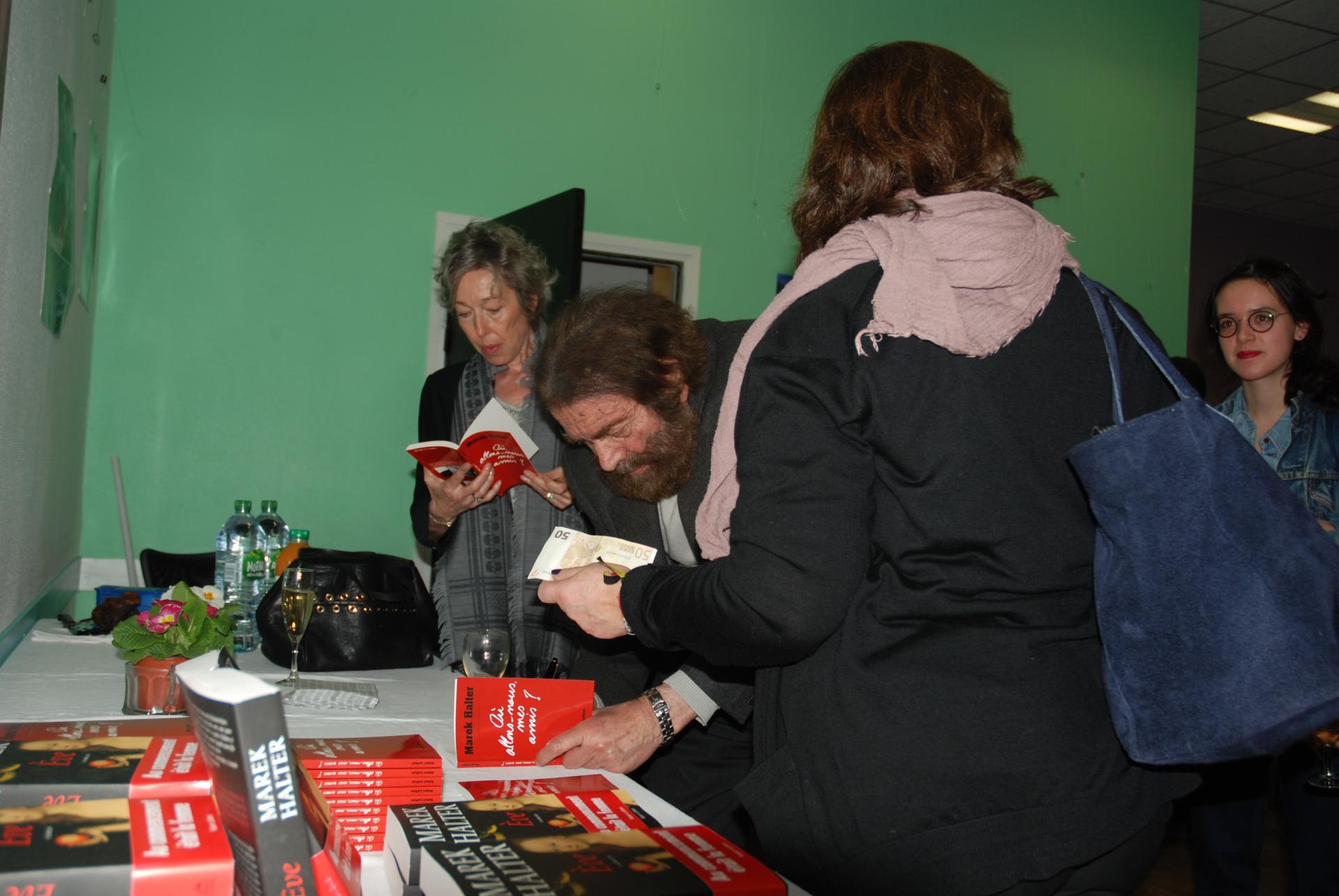 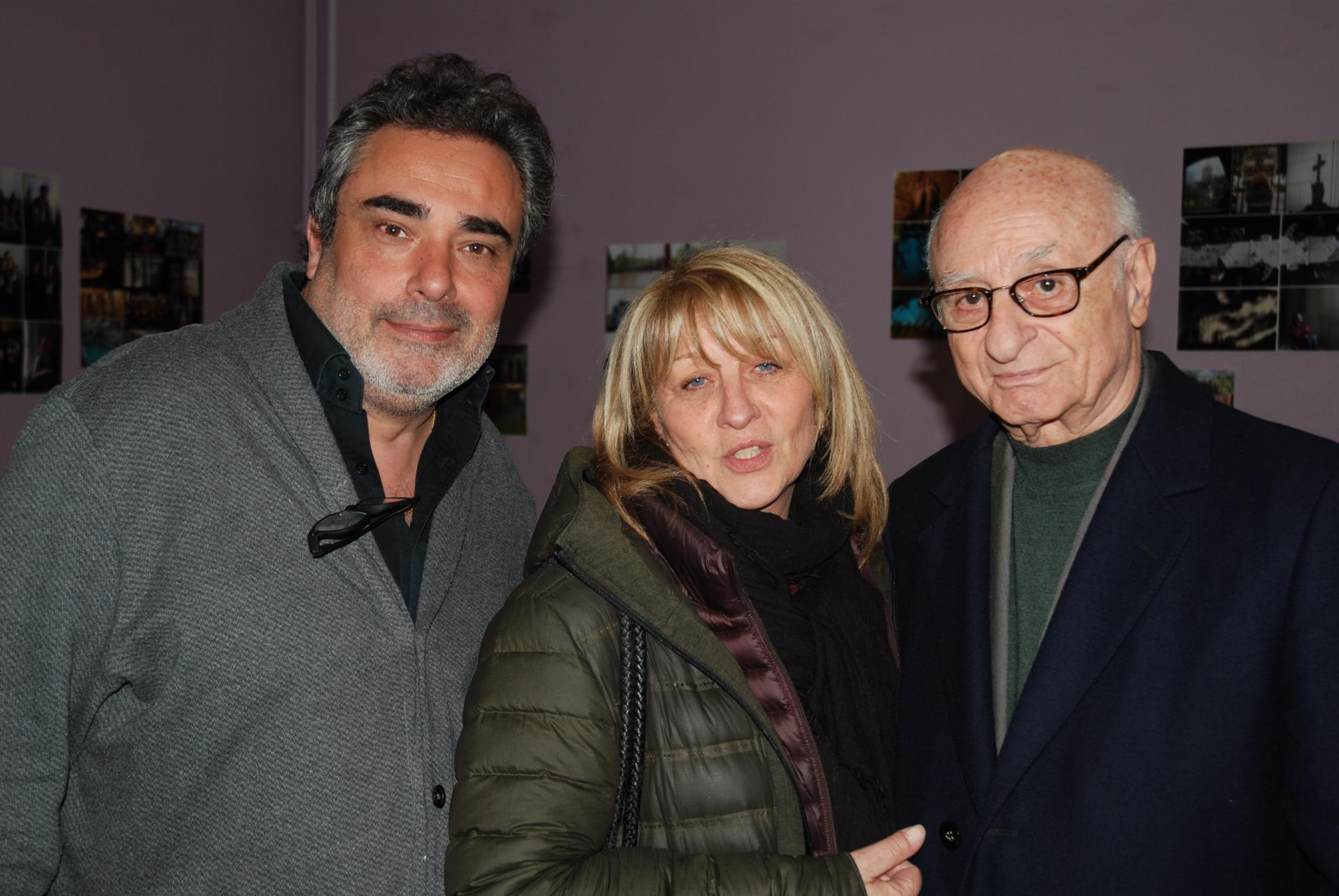 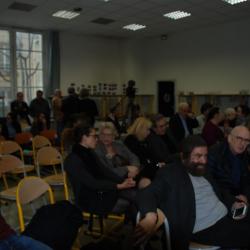 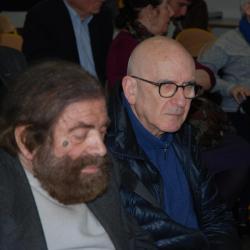 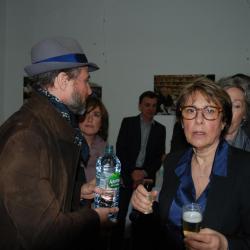 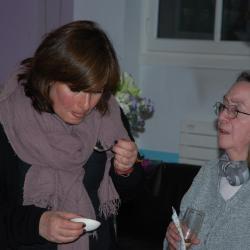 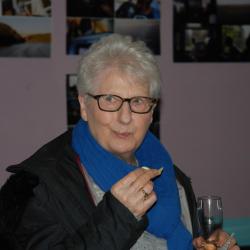 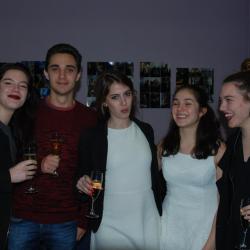 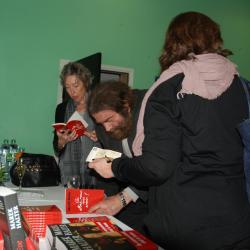 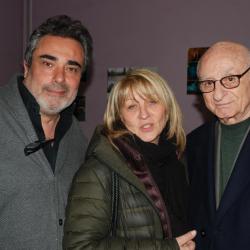